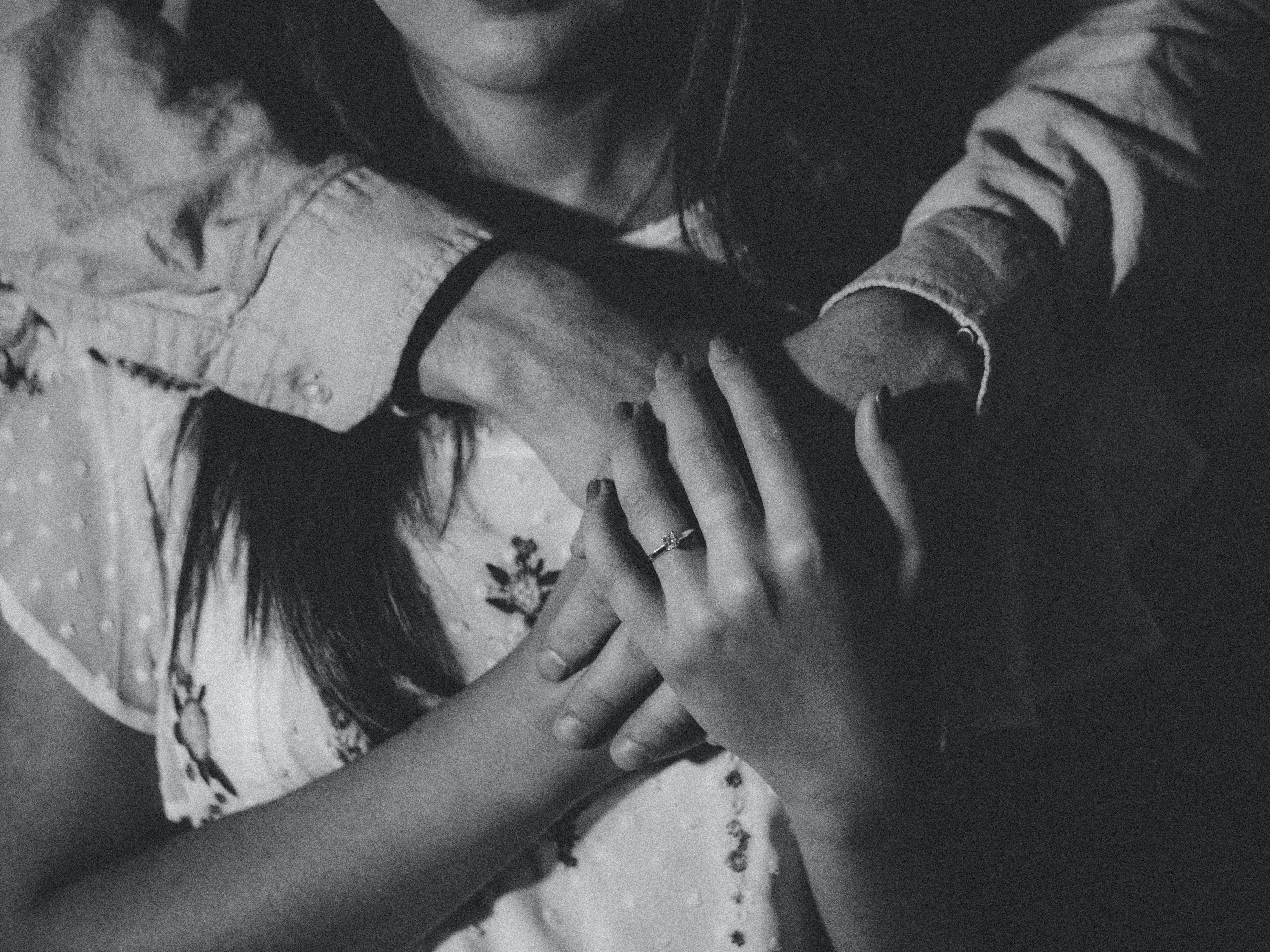 A Few Of My Life Lessons 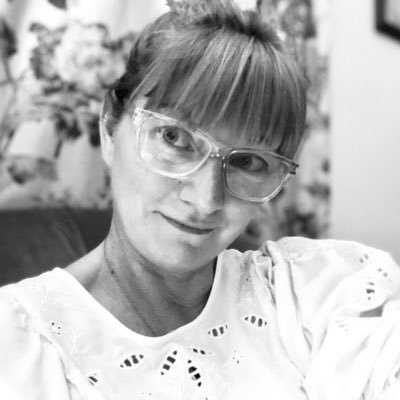 I was a young child, maybe 6 or 7 years old. We were on holiday in Wales. Two guys were arguing by the roadside – about a near-miss between them. One of the guys flagged us down. My dad stopped. He wound down his window and one of the guys said to my dad “can you help me please as I’m sure he is going to hit me”. My dad instinctively went to help, my mum held him back. She said, “you can’t get involved, we have 4 young children in the back of the car”.

My dad hesitated, torn between doing what he instinctively wanted to do and my mum holding his arm, begging him to drive on. He drove on. I’m not sure he ever forgave himself for that. I don’t know what happened to the guys and neither do I know whether my parents called the police when we got to our destination. I never raised it as I instinctively knew that it would make my dad feel bad.

To this day, I do not know who was wrong and who was right. I just learned that sometimes in life, tough decisions have to be made and they don’t always make you feel good about yourself. That’s it.

I was in Nottingham shopping with my 7-year-old daughter. As we walked towards the entrance of the shopping centre we saw a man shouting and wielding a needle. He was shouting “if anyone comes near me I will stab them with this needle, it is infected with Hep C”. People were scared, they steered clear of him. But I saw him, I saw someone who was beyond desperate. No one would have gone near him with or without that needle. He was shouting for help. I asked the security guards whether they had contacted the police, they had not. So, I called the police.

I said to the operator “come quickly, he may hurt someone or himself, he is desperate”. I couldn’t go over to help him, I had my daughter with me. I had to make a safe decision. But neither was I going to leave him there at risk to others and himself. The police arrived within minutes, calmed him down, and then arrested him. I was asked to be a witness. Despite there being hundreds of people walking past that day, I was the only one that called the police. I was the only one who asked what would happen to him. I was the only one who provided a statement – because I wanted him to receive help with his drug addiction and this was the only way.

When did we stop ‘seeing’ people?

When I was 13 years old, I was forced to make new friends as my old ones decided to cast me out and I never did find out why.

I tried to hang out with a new group, but one boy, in particular, was having none of it. When I asked him why, he said “because you are not very nice to people.” Harsh but fair at the time. The group that I had just been ostracised from, was the ‘cool’ group, who generally treated others outside of that group with disdain.

That boy set me a challenge. He said “when you are nice to people, you can hang out with us.” And so I set about being nice to people. Eventually, I got to hang out with that group. That boy became one of my closest friends. He was one of the few people at school who truly understood mortality and had an adult perspective on life – his mother was dying of cancer.

He saved me from being someone I wouldn’t have liked and was not meant to be. I learnt that being able to face and accept honest feedback can be difficult but necessary.

Life takes courage, you need to be resilient enough to weather the storms, but kind enough to also hold another’s hand.

I was 18 years old. I used to hang out with my mates at a place called ‘Brisbane Court’ on a Friday night. We had nowhere else to go as the Youth Club was closed.

One night the police came and told us to move on. The residents had complained, we were too noisy. “But where to?” we asked. The police replied “just move on.”

So the next Monday night we told the story to our youth leaders. We asked them to open the Youth Club for more nights. They said there was no funding available. But one youth leader thought for a moment and then said “but there are no rules to stop you running the club as volunteers.”

And so we did. We created a committee, we opened our own business account, we went on a team-building weekend, we successfully ran our youth club every Friday night for over a year.

No one else ever did this again. I received a National Youth Award for it.

Looking back I now realise that this was my first taste of being a leader and I loved it. I loved it because I love people – I love being with them, laughing with them, crying with them, seeing them develop, and being there for them when I’m needed.

And I learnt that being a good leader was really all about two things: loving being with and caring for people.

It doesn’t have to be the end of the world

When I was 18 years old I all but failed my A’levels. I had sailed through my GCSEs so expected the same with my A ‘Levels. Silly me, they were a disaster. There was no sympathy to be had at home – I’d spent the last 2 years partying, snogging, smoking, and drinking. My dad said, “well you get out of it what you put in and you have got out of it what you put in”. Harsh but true.

So, what to do. I was rearing to go, another year to re-sit my A-Levels was highly unattractive and not going to University was unthinkable. My dreams of attending Liverpool University and becoming a World Class Barrister were no longer within my grasp. Instead, I got the UCAS handbook and my parent’s telephone and shut myself in our lounge for 2 solid days.

I started at ‘A’ and worked my way through every University in the UK asking for a place on a course – any course, anywhere. I arrived at T when I hit the jackpot. A place on a new degree course at Teesside University – International Business and Information Technology (IBIT). I took it in a flash. I made it to University, I transferred in my final year to Leeds Met, and graduated with a 2:1 BA Hons in Business Information Management.

Sometimes you just have to play the odds and hope you get lucky once in a while.

Having the courage to say ‘I can’

At the tender age of 22 years old I found myself in a crap job, bored senseless and earning a pittance. I saw an advert for a job in Nottingham. It sounded exciting – business consultants required, minimum 5 years experience, performance management skills essential, salary tbc. I had no experience and I met none of the requirements listed. But I wanted that job so I applied anyway.

My letter started like this “Dear Sir, I am genuinely excited by the opportunity you are advertising. I do not meet any of the requirements you have specified but I can offer the following…….” The CEO was so impressed by my courage he decided to interview me. After the interview, he said, “you are high risk, inexperienced, and not what we were looking for but I love your personality and spirit. You are me 30 years ago”. I got that job, it was the first day of the rest of my life. Within 2 years I was running the largest department within the business.

Thank goodness for leaders like this, who are brave enough to take a chance and confident enough to trust their gut instinct.

It was year-end at the organisation where I worked and that meant performance review time. I had been allocated a new counsellor, he didn’t know me nor did he really want to. He came out of the year-end review process and presented me with an average rating which meant no bonus and no shot at promotion. This was the first time in my whole career that I had not received a top performance rating. To say I was gutted was an understatement.

Another counsellor took over my career to stop this from happening again and to keep me from leaving. The next year I got the top rating, the bonus, and a shot at promotion.

But I was bitter with a dented ego. I didn’t get that promotion – not because I wasn’t good enough but because I was arrogant and rude. I felt that I was owed the promotion for the cock-up the previous year. I took my ‘bat and ball’ home and handed in my notice.

All of my bad decisions in life have been driven by 3 things: a sense of entitlement – I have earned this, an over-inflated ego – I am more than good enough for this and a lack of humility – I should have this.

The reality was that I was hurt – my hard work had been ignored and I felt undervalued.

Best to be honest with yourself and others about how you really feel or you might end up being arrogant and rude too.

Nik is a business transformation expert and has spent 20 years in the corporate world. Her comfort zone is order, logic and applying analytical tools to solve complex problems.

She is also a keen observer of life, a writer and eccentric. Nik has recently returned to the world of work after taking a career break to spend time with her family. Upon her return, she found that her perspective had changed, as had the world she was returning to.

Nik decided to carve out a new place in that world and mould some of it to fit her too. Nik sees life from quirky angles, shaped by experiences and the vast amount of knowledge we now have access to. She likes to write about her experiences and observations. To ‘tell it how it is’ and to find a more authentic way to live, whether in our professional or personal lives.

She often talks about finding ‘The Third Way’. It’s a philosophy about life, having a personal life as well as a career, making money and being socially generous, being logical and sensitive, living by the rules of a society but not being afraid to challenge them, inspiring others to feel good but not for your own ego, giving rather than taking.

Nik wants to make a difference to this world by getting people to see things differently, to try new ways of working but most of all, to re-discover our true selves and therefore reach our true potential.