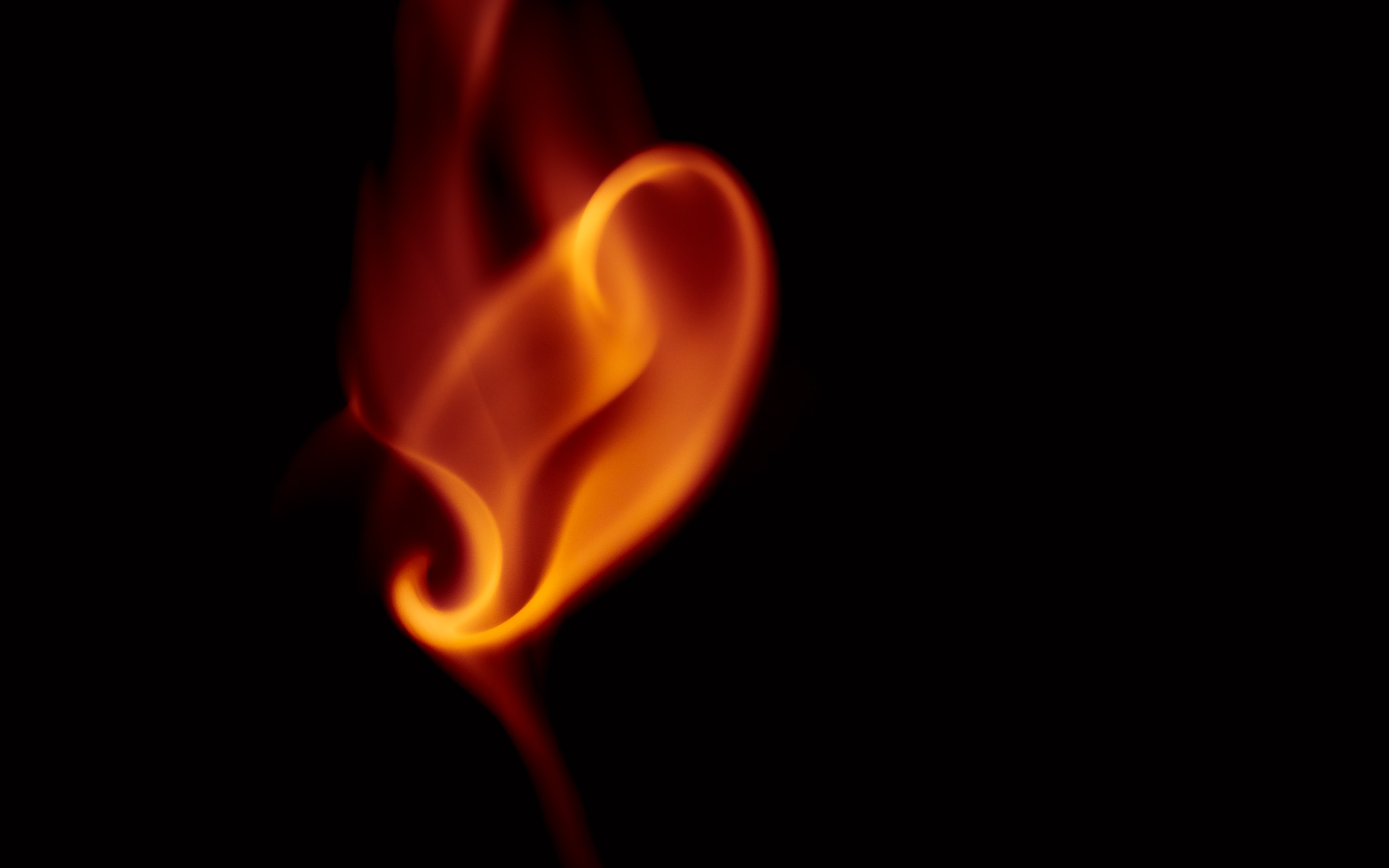 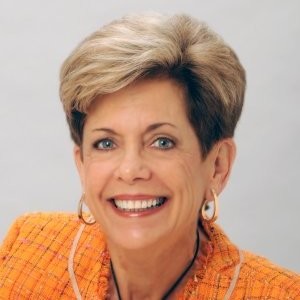 It seems rather incongruous that in a society of super-sophisticated communication, we often suffer from a shortage of listeners.

Why are you speaking?” Those are the words prominently displayed on a sign that sits on my desk. It’s an ongoing reminder that I learn much more by keeping my mouth shut and paying attention than I do by talking.

As a coach, I am trained to ask compelling questions. I know I’ve done my job well when a client says, “Hmmmm. What an interesting question. Let me think about that.” Bingo. That means I am on track and then what is mine to do is to simply stop and grant them the spaciousness to work through their response. Then I need to listen…and LISTEN…and LISTEN some more while they consider and shape thoughts into language. I need to wait until I am sure they have exhausted their own mulling process. If need be, I might spice it up a bit by asking “And what else?”…and then asking it again…and again! Another truly terrific coach question, when someone responds to something you have asked by saying “I don’t know” is to ask, “What if you did know?” That gets their attention and gets them to dig deeper in order to discover some more profound level of knowing. Interestingly, something essential usually surfaces as a result of these inquiries.

AHA! Coaching has taught me that good listening is “an advanced art form.” So said Thomas Leonard, founder of Coach U. “It is one thing to listen to a person attentively. This is nice and it’s polite. However, the art of actually hearing someone, understanding what they are saying, what they mean, what that means, and then responding to that [requires] plenty of wisdom, compassion, strength, and encouragement…”

I have heard of a study of medical doctors which showed that they spend an average of thirty seconds listening to their patients’ concerns before interrupting and directing the conversation. When asked to remain quiet until their patients completed their list of concerns, it took only three and a half minutes for patients to feel listened to and the doctor found out more than he could have by following his own agenda of questions. Imagine that. Here’s another inspirational story. Dr. John Nigerian, the surgeon who performed the first liver transplant in the 1970s, wheels every one of his patients to their car when discharged so that he can connect with them one last time. What a powerful way for someone to feel seen and known at such a vulnerable time in life. As Mark Twain quipped;

What most people really need is a good listening to.

Beyond the immediate answers given, when listening deeply it is vital to listen beyond the words for what is not being said, for what is truly most important (often it is not what people say it is), for what is needed right now in the moment, for what is lacking or in the way, for false premises and assumptions, and for a whole lot more. We are complex beings and there’s always a lot going on beneath the surface of conversations.

I have trained in Conversational Intelligence—C-IQ®—with Judith Glaser, and I particularly love the concept of “double-clicking” on words.

What someone says, what they mean, what we hear, and how we interpret what they are saying can all leave us on shaky ground. Yet clarity and precision matter if we are going to truly understand one another.

This skill goes way beyond coaching. As compassionate human beings, what is ours to do is to attend to what someone is attempting to say and to help them to say it by listening well and by asking clarifying questions when necessary. A simple example would be when someone says, “I wish I/you were more…fill in the blank (attentive, courageous, willing, kind, focused, playful, etc.)” The double-click question would be: ‘What would THAT look like?’

Another essential aspect of listening has to do with quieting our own inner chatter. We cannot really hear one another if we are listening with our answers running in the background or our ongoing opinions, assumptions, and beliefs playing havoc with our ability to open our hearts as well as our minds to the person in front of us. Another common default listening habit is the “happy hooker,” so named by Adele Lynn in The EI Activity Book. This behavior shows up when we only listen long enough to “hook” or steer the conversation where we want it to go.

Poor listening skills may develop because many of us suffer from what communicator Nido Qubein terms “agenda anxiety”—the feeling that what we want to say to others is more important than what they might want to say to us. Sometimes we try to impress rather than express, not realizing that two monologues do not constitute a dialogue.

Ultimately, in order to dive deeply into a truly connective conversation, we must be willing to be changed by what we hear—again and again. That’s not easy because we also want to hold tightly to our beliefs, stay in control, and not be confused or challenged by new facts. But here’s the thing, as Theodore Roosevelt knew, “No one cares how much you know until they know how much you care.” To add to this thought and take it to the next level, when we listen to someone with genuine interest and without filters or judgments, we often lean in their direction, like a flower toward the sun.

I am reminded of a story about a coach colleague and myself. Lable and I were seated together at an event for coaches, and I remember feeling rather ignored the whole evening. I simply made the assumption that he didn’t find me particularly interesting and preferred his companion seated on the other side of him. The following year I was once again seated next to him and this time we had a terrific exchange that lasted all evening. Rather than stew about what had happened the previous year, at the end of our time together, I asked him why he had totally ignored me. Turns out that at that dinner I had been seated on the side of his deaf ear!!! He simply didn’t hear a word I had said and didn’t bother to tell me. YIKES. So much for my assumptions and judgments. We both had a good laugh over it, and I learned something important about engagement and how to really request someone’s attention (hints: don’t be shy about it, and don’t assume it’s about you).

I believe in the power of stories. I believe that poet and political activist Muriel Rukeyser was right when she said, “The world is made up of stories, not atoms.” Having spent years training in the Art of Convening™, I can attest to the importance of gathering in community and creating a spaciousness of time and quietude where all the voices can be heard. As we share our stories, we begin to see the fuller fabric of our community, both what we have in common as well as our differences.

My longtime friend and fellow convener Paul Strickland puts it this way;

“Telling our stories enables us to rediscover or reclaim our own wholeness. We find that our lives, with all their wonders and their pains, are merely a string of incidents until we write the stories in our own minds and speak them from our own hearts. This hunger for stories is part of what makes us human. Most people grasp immediately that telling their own stories does matter, that these stories need to be told and heard, and that, in their giving and receiving, the possibility of healing is born”

Minx Boren is a Master Certified Coach, credentialed through the International Coach Federation, as well as a motivational speaker and workshop/webinar facilitator.

She is author/co-author of sixteen books, including Friendship Is a Journey, Healing Is a Journey, and, most recently, Decades of Gratitude, Gusto, Grit & Grace.

Minx is a longtime community leader and activist and has served as president of Executive Women of the Palm Beaches 2013-14 and as a member of the Board of Directors of The Women’s Foundation of Florida since 2007. She is the 2013 recipient of the Giraffe Project, presented by Women’s Chamber of Commerce to women who “stick their neck out for others.”

Her current focus is on exploring with olders on what it means to grow into our later years with gratitude, grace, and gusto. As an adjunct professor at FAU Osher Lifelong Learning Institute, she offers courses on such topics as Memories, Wisdom, and Blessings as well as Best of the Best SELF Discovery Books.

As an author, Coach Minx leads workshops at spas and wellness centers as well as for the Women’s Foundation of Florida for those who want to write a book or articles for publication or simply want to learn to journal their personal reflections more effectively. Minx has just become the CJO – Chief Journaling Officer – for a new project: Purpose Journals, a company that will offer unique journals, webinars, tools, an active writing community along with significant support for anyone who wants to “discover yourself on the page.”

Additionally, Minx facilitates The Empowered Elder and Sustainable Living webinars for Elders Action Network (EAN) and currently sits on EAN’s Leadership Council. Moreover, Minx is involved with developing and presenting local Sustainable Living initiatives including, because of her background in nutrition and wellness, programs on Food Glorious Food – A Sustainable Perspective.