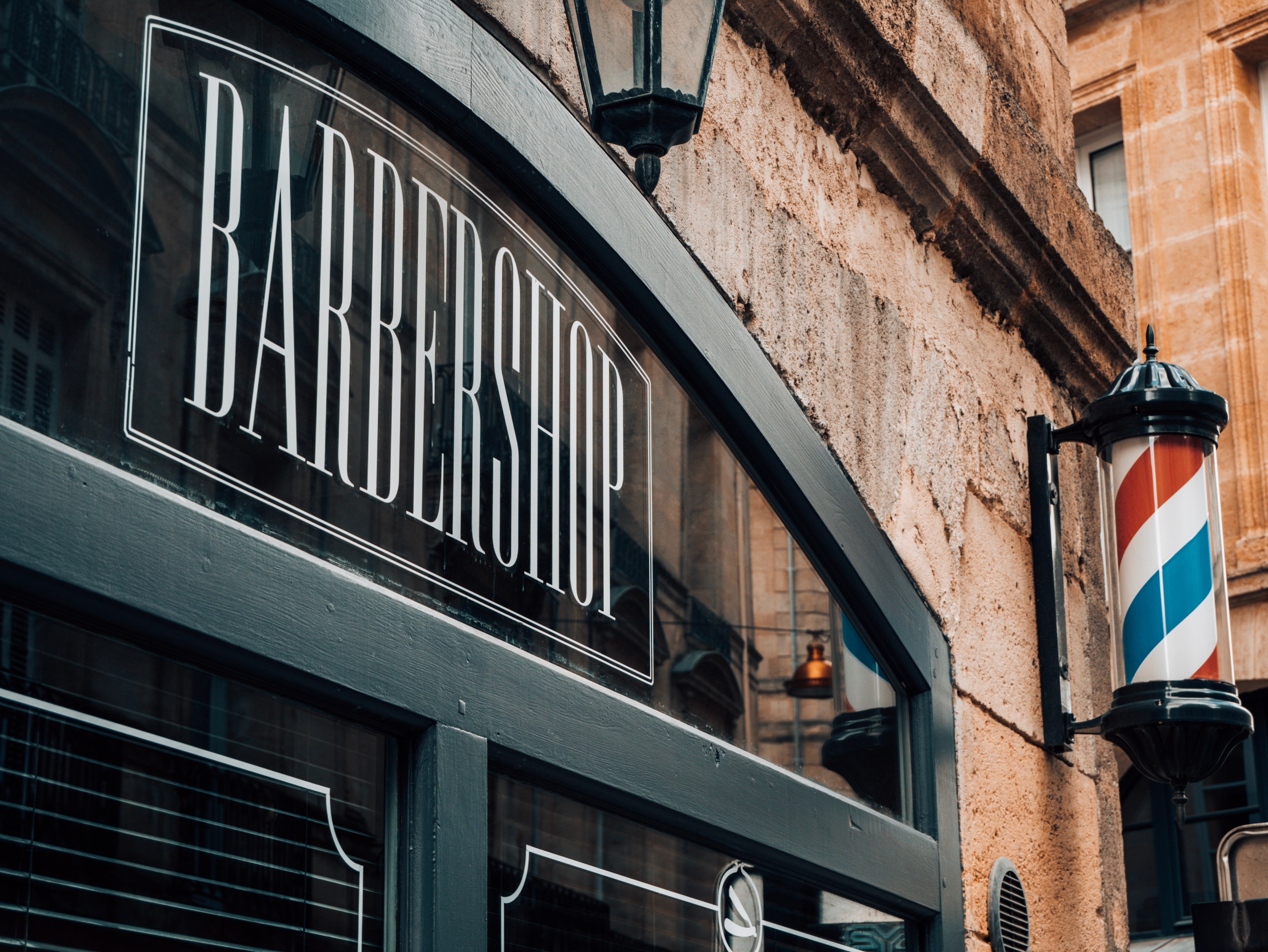 I summoned my courage today. My first haircut in two and a half years. It’s not that I have a phobia or fear of the barber: it’s more a case of COVID adjustment. I’ve been a slow adapter to the non-masking era which is slowly coming upon us, so the notion of sitting in an enclosed area for half an hour with a barber who is not wearing a KN95 seemed intimidating.

Since December 2020, I have not turned Samson. Instead I began cutting my own hair. Just a little at a time. Every time an unruly lock popped out, I reached for the scissors. It’s kind of like drugs. At first I promised myself it was temporary. Just a snip here or a little trim there. No big cuts, no big mistakes.

One day I got a little bolder and tried the back of my head. It’s a good thing no one ever goes there on Zoom. But would my life partner Sharon notice? There was quite a period of adjustment to those early days when the back of my head sloped or one half was a little longer than the other. My skills improved along with my addiction to reaching for those scissors almost every day. She didn’t say a word. I figured the caper was working.

Fortunately my dog Lexy has the same color hair as me, so the odd time there was hair in the garbage I allowed my wife to believe that I was trimming the dog, because I could never get a grooming appointment.

In hindsight, Sharon had to know what I was up to. Had my hair suddenly stopped growing? She never said a word. Probably to preserve my dignity. All that ended last week when she issued the edict. “You need a haircut from a real barber.” Which she followed up with, “As soon as possible,” for emphasis.

Need I explain more? I committed to do it “shortly”, which in marriage talk, comes a lot faster than “soon”.

As it happens Ralph’s is just down the street. The tricolor pole swirls when the shop is open. Picture a ten foot wide rectangular box with a long mirror running down one wall and a couple of old time barber chairs. Ralph has to be in his eighties by now. Three years ago he admitted that he’ll never retire. He can’t bear the idea of spending all day with his wife, so he commutes on the subway and arrives late morning. He’s taken on a youthful fifty-year-old business partner, from some break-off republic that ends in 'stan. The TV is tuned to YouTube so he can watch crime shows translated to French.

Each time I walk by there is a customer being served. I know that because I walked past the shop at least half a dozen times last week. Before COVID I took advantage of the wait to grab a magazine from the stack. I had forgotten the back issues still come in paper format. But now, I won’t go in if I have to wait. Impatience or fear? Not sure.

The chairs were empty when I walked by this morning. Surely a sign from the gods. The excuses along with Sharon’s patience, long exhausted. I took the plunge. Twenty minutes later, the building manager of my condo told me I looked twenty years younger. Was that a compliment or a sad reflection of what I looked like when I walked out the door? Better that I not know.

All this got me thinking about my first haircuts. I grew up in a suburb. As early as six years old, my mother thought nothing of handing me a few dollars and sending me on my own to the barber shop at the local plaza. About a ten minute walk to a busy street. She had warned me never to talk to strangers who rolled down their car windows, and the perils of child snatchers, which I scoffed at. I also walked to school on my own. Different times.

That barber shop of my childhood was a little wider, a little deeper with mirrors lining both walls so you could watch the multiple reflections of yourself. Mesmerizing for a child. There were four chairs so this was quite an enterprise, particularly on the weekend.

In the front of the shop there was a picture of male models, showing off the different haircuts. Each one had a number.

I was enamored with number six. When I got home my mother was certain that I had gone to the local ROTC and enlisted. It was a complete buzz cut. She was not pleased.

I was never much of a trend setter, but I have to point out that thirty years later my own son came home with a cut like that. Of course it was less than a week after his hair dye experiment to become a blond. He left the dye on for twice the recommended time to get the maximum blond look. His mother was convinced he’d cut it himself. It was that bad, though at the time it went well with his electric guitar.

In case you were wondering, Sharon was at the studio painting when I returned from my morning adventure. When I texted her the good news, she wanted to FaceTime immediately. Then she insisted on a view of the back of my head. What does that tell you?